Training In Conversation? or How to train a Facilitator 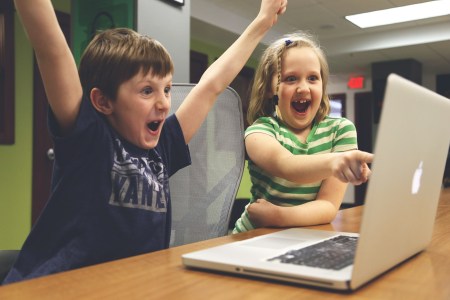 Last week I talked about how I engaged 6 volunteers for the retro en masse. After collecting the team, I started to prepare in earnest for the Retro. But the weekend before something was still bothering me. Some element I hadn't accounted for. After pondering, I was able to pin it down to the facilitation. I was worried about the emotional temperature of the room. I wondered how to best help the facilitators succeed. So I scheduled a quick training session with the facilitators before the day of the retro. But I had no idea how I could help them prepare.

I puzzled over this problem the entire weekend. When the alarm rang at 0-dark-thirty on Monday, I still didn't have a plan. I plodded off to the shower, continuing to mull it over. I needed some way to distill the experience of facilitation and arm them with tools to manage confrontation. For my part, I'd been coached and well-read in portions of the subject. But how could I share the theory with the group in a way they could immediately use it. Then it struck me. 'Immediately use it'... With new excitement I shut off the water and accelerated through my morning routine.

When I was in High-school, I was training for my Black-belt in Tae Kwon Do under the Masters Battenburg. (Yes, plural masters). At the time, I was a participant on the Leadership Team, and thus part of extra training. I remember one instructor training exercise which was fun, a bit awkward, and profoundly useful. You see, the best way you can tell if a teacher can control a class, is to watch them do it. But how do you watch that? You throw a controllable group of 'unruly children' at the potential instructor, of course! My Masters had other instructors pretend to be a class of 'unruly children' under the instructor they were examining. Awkward at first, but very effective. I remember my practices in that exercise now in fondness, all the more thankful for what I can now do with the technique!

As soon as the team got into the room, I got to work. I explained the goal, and the mechanism to them. I wanted each to have the opportunity to practice facilitation among their peers. We needed to practice handling potential conversation derail-ers. Since it was weird and different, I went first. I had the group warm-up by participating as though they were a 'hostile audience'. To my joy, the facilitator who'd insisted on being a part during the selections leaned in. He took me at my word and launched right into his dissent just after I opened the mock meeting. As we dialog-ed he didn't back down after the first or the even second riposte, but kept at it. This allowed me to demonstrate some of the techniques I had learned in how to de-escalate a conversation.

As I closed the mock-meeting, I made a point of thanking him for leaning-in. I had to make it safe for the group to play the game. And he ribbed me good-natured-ly about it, as I explained how I had chosen to address his dissent. Natrually, it was his turn next. Now familiar with the pattern more of our group engaged this time. After a while I adjourned his mock-meeting and conducted a quick retro on it. I commented on the strength he'd shown, and allowed a clearing of the air. Here the group surprised me again.

The whole activity is a little silly if you think about it. A bunch of adults playing meeting. I think everyone felt this way. The 'clear the air' breaks often dissolved into fits of laughter. People apologized for excesses during the game. We even made jokes about how some of the players were having to stifle the giggles during the session. All this eased the tension, which the game naturally produced. But they also allowed us the opportunity to celebrate good parts of the performance.

It was in one of these breaks, that the elder statesmen of our facilitators offered some advice. He'd been studying the concept of 'Nonviolent communication'. And from those studies, he offered us ways to treat even irreverent comments with respect. He explained that we could even use those as a way to draw people into a productive conversation. We just needed them to share their observations without including their judgement on the thing observed. And then he demonstrated. His mock-meeting was far more subdued, even through several of us tried to throw off his game. Every comment he engaged with respect and wove into the conversation. Never once did he contradict the speaker! He only pulled them into a state-of-mind where the real value could be had. Before I realized it, we, the facilitators, were having an actual retro before the retro, because of his style.

Eventually we ran out of time, so I thanked the gathered and dismissed the meeting. I stayed back a few moments to collect my things and to breathe. The group left the room in a somewhat boisterous crowd, and a happy amount of chuckles and jokes. When the retro finally came, the facilitators did a bang-up job, and this strange training game helped build their confidence.

P.S. In hindsight, I realized this post is effectively another application on Leadership Role-playing as a means of training.