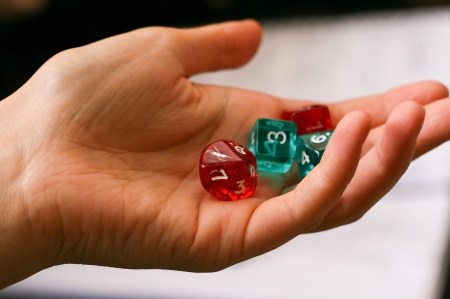 'Roll Initiative!’ – A common call to arms in Dungeons and Dragons. I will freely admit; I still play on occasion with some of my college buddies. But this week during some quiet reflection a strange idea dawned on me. You could use DnD to practice a different form of leadership.

Now of course, pretending to be someone else is part and parcel for role-playing in general. But I specifically thought in terms of business. If you do a quick search for Software Development managers, you can find a variety of ideas on the topic. These include books like Peopleware. There are also in-depth discussions on topics such as ‘Sovereign Software Development’[here and here]. Nearly all mention the short-comings of management practices. Nearly all offer various ways around it. One weakness that I’ve found mentioned a handful of times is the way in which a manager leads their team.

In a standard manager-employee relationship, the manager has authority through their title. This authority allows them to direct employees. This template can be made more complex with additional layers, or by cross-reporting to different people; all of which serve to confuse the issue and can lead to other troubles. Other models exist and the community likes discussing them. Many follow the pattern of servant leadership. Here the manager governs not by title-given authority. Instead managers govern by consensus, or by authority awarded them by the people they serve. Both of these increase the autonomy of the developers relative to their managers.

But that very idea can be daunting and even frightening to a manager used to the traditional role. And this is where DnD comes in. I’ve seen several situations in which a player’s out-of-game personality bleeds into their character. It can be quite a trick to wholly separate your thoughts from your characters. But in this case, that blurred line could be useful. If a manager encountered a mock-leadership situation, they could practice their methods. DnD offers an excellent environment for this activity.

To take a personal example, I wind up being the de facto leader in my player group. Generally, I will suggest an idea for our group, and ask for input. And usually the group says, ‘Sounds good.’ And that is that. Lately, I’ve been worried that I am unintentionally killing their creativity by proposing my own solution rapidly after being presented the challenge. I plan to try ask for input first this time. I can then propose my ideas as a modification to the ideas. I will try this next game and see if the results are more enjoyable for all of us.