How to start building your 'second brain' 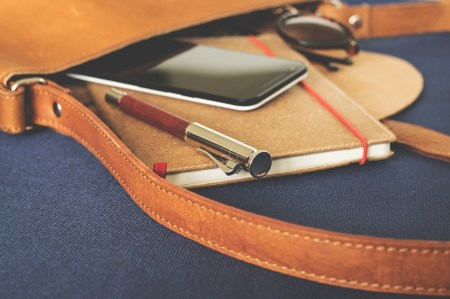 I've been on a research kick lately. Either I've been learning Mobile application structures well enough to test them. Or I'm diving down the knowledge management rabbit hole. It just depends on when you ask me. And I've become convinced that every software engineer needs a personal knowledge management system or PKM. It is a vital tool for learning and growth. But as I've thought on this, I realized that it is a daunting task to create such a system from scratch. There are so many different systems, and so many potential avenues. It can certainly overwhelm the senses. I mean it is practically trying to build yourself a second brain. So no wonder its so complex.

Interestingly though, that phrase, 'a second brain', made me do a double take. You see, building a PKM means augmenting your own knowledge with an external tool. That sounds complex, and scary. But here's the thing. You've probably been doing that since grade-school. Your instructors almost certainly used physical tools and models to help you understand. It is a common educational technique. Among the most common tools I can think of are some iconic pairs:

Think about it. From the time you've been able to write, you were expected to transcribe at least some of the information the instructor was sharing. That is, The teacher generally expected you to take notes, as part of learning. Even into higher academic areas, like college, note-taking is a standard practice in almost every course of study. Did you ever go back to study your old notes? Cram for an exam perhaps? In those moments, those sheets of paper acted as a 'second brain' for you. You had known the information once, and had recorded it once. Now upon review, you are able to re-discover what you have learned.

From my experience, I noticed some very distinct changes in my note taking styles from the beginning and the end of college. At the end, I was much more diligent in 'addressing' or labelling my notes in ways that I could find them again. At the beginning, I seemed to have this odd fixation with saving paper. So on some pages I had notes from 2 different subjects. Or I might have the end of one unit , and the start of another on the same page. It made studying a nightmare. Finding exactly where my notes on this or that statistical formula was hard. It meant rifling though the obvious statistics notes, AND also through those notes on Circuits. Not a great experience.

But as I learned to be a better student, I learned the value of separating the units from one another within a class. And that I didn't need to be so obsessed with efficient use of paper. I started stapling the units together so that I could rapidly pull out specific sections of my notes for later use. I learned how to label my pages so I could quickly navigate to the page that had the lesson I wanted to reference. And all this was paper and pen/pencil driven. Well that and a handful of pocket folders.

The thing I want to highlight in this note taking system was that it was incredibly easy to get started. I started taking notes when I was rather young. And I am still doing it now, professionally. But it took me nearly 2 decades to learn how to do it well. I had to observe enough about my own tendencies to learn how I thought about information. And I have to experiment to find out how to organized information for when I wanted to retrieve it. Heck, I'm still learning good ways to do that. But here's the catch: not all those lessons I learned in College translated when I started using electronic note management systems like Evernote.

So I had to spend time to learn how the new tools naturally wanted me to organize knowledge. Nevertheless, I remained the driving force. There are any number of methods for managing knowledge, such a ZettelKasten, which I favor. But No one method is the 'right' way. There are any number of tools, ranging from paper and filling cabinets, to Evernote and Obsidian. What you need is a tool that will serve how you, the maintainer and sole client of this 'second brain', will want to use and interact with it. So... if it took me nearly 2 decades to learn how to utilize pencil and paper well, how can you ever get value from it?

Ok so first, I am probably over-stating my case with that 2 decades thing. I didn't start intentionally tweaking my note taking style until I was in college. And that style morphed considerably in just 4 years of daily use and observation. But the critical property of that experience was the cadence. Every day. I took notes practically every day for months on end while I was in classes. And when I had internships over the summer, I took notes basically every day there too. The constant exercise of the system breeds a certain awareness of how you want to be able to use it. If for no other reason then exposure and familiarity.

From that familiarity, I started to notice certain ... frictions in my system. Things I wanted to do more of, but couldn't do easily or took longer than I'd like. I started to look into alternatives, and found things like Bullet Journal. Then with new ideas in hand, and spare paper, I tried to experiment with them. With experimentation came new ideas to try. This create a cycle where every few months, I would tweak my system a bit to make my life and use easier. Just about everytime I needed a new notebook, it was time for a tweak.

All of this has been driving towards what I believe is the right process for getting started building your 'second brain'. At the beginning it is most important to make sure you are building the right thing, rather than building it the right way. To know a tool is right, that is it solves the problems you intend to solve. And to know that it is right, you need to use it. You won't know if the grip is too large until you get it in your hands and work with it a bit. Then you should take an incremental step or two. Form a Hypothesis. 'This tool would do X better if Y.'

Then run an experiment, 'I will make modification Y for Z time, and will know it worked if doing X is better by {Criteria}'. Then go and practice it. Use your system for a while. Don't just try it once and call it bad. Try it a little bit, so you can avoid reaction bias. For me, I found that every time I replaced the notebook was a good time to do so. Replacing a notebook was a result of using the system. And that connection helped to constrain the experiment to a reasonable unit. This way I could avoid having too many experiments running at once.

Then with the new experience you've gained, you can identify any new or remaining points of friction.

And from those answers, return to the Hypothesis stage. How could you know that idea made an improvement?

So to build a second brain, you really need to be exercising it daily. The daily exercise bred dissatisfaction, and the power of the internet afforded the exposure to new ideas. But remember to start simply. You don't need to target the 'perfect' system when you begin. Grab a pen and some paper and get started. Learn what you need, by the way you use it. Then create time to think about the use. Ask yourself questions about the shape and structure of your second brain. Keep it stupidly simple, until you are ready to experiment. Then incrementally build up your system until it is just as advanced, and just as functional as the first brain between your ears! And don't worry about the paper you spend on the way, you are using it to buy your perfect 'second brain'!