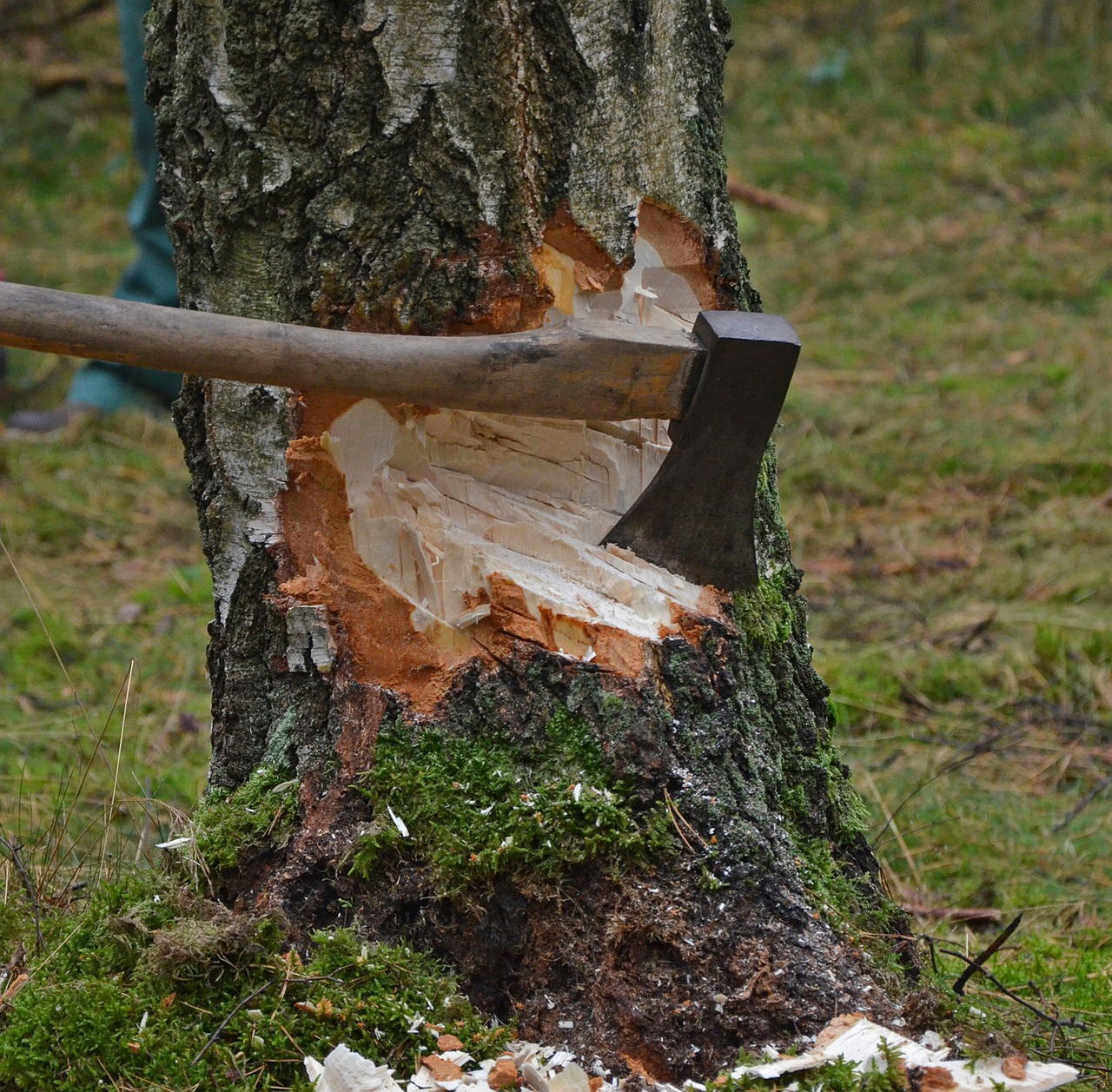 The Tale of Hurly Burly

Once upon a time, there was a lumberjack who lived in the Alpine North. His friends called him Hurly Burly. Hurly Burly was a mountain of a man, with strong arms and a powerful axe swing. Everyday he'd get up with the sun and go to work, chopping trees all day long. He could cut down any tree faster than the lumberjacks around him. And because of this he grew quite proud. It pleased him greatly when the other lumberjacks would marvel at his speed and his strength.

But Hurly Burly wasn't quite satisfied. One day he notice the deference his compatriots paid to an elder, frail-looking lumberjack. It irked him that his fellows would so revere this old man. Yes, he might have seen many long years in this forest, but there was no way he could out produce Hurly Burly! For one thing, Hurly Burly knew the elder lumberjack took many breaks through out the day. The more he thought about it, the more Hurly Burly believed he could outperform the old man.

So one day, Hurly Burly challenged the old man: "Old man, who is the best lumberjack in this company?" The elder looked up from the axe on his lap, and scratched his chin. "Well, that depends. You're definitely the fastest, but you're not the top producer... Maybe in a few more years you'll get there." The elder smiled softly. Hurly Burly grimaced. "Old Man, I want you to say I am the best lumberjack in the company. And I'm going to prove it to you! Tomorrow, you and I will compete to see who can chop down the most trees in a day. The winner will have cut down the most." The elder stroked his chin and thought a moment. "As you wish, Hurly Burly."

The next day, Hurly Burly and the elder lumberjack got started earlier than usual. The sound of their axes rang out with rhythmic precision. A few hours passed. Hurly Burly took a moment to wipe the sweat from his brow, and he noticed that the old man was not chopping. He smiled inwardly, "I knew I'd get ahead of him. He has to take frequent breaks, he can't keep up with my energy!" So Hurly Burly chopped with renewed vigor. He was so eager, that he decided to skip lunch to get even further ahead. By mid afternoon, Hurly Burly's strength was flagging. But he refused to give in or take any breaks. He had to out perform the old man. He had to win!

Finally, the sun began to set. It was time to count the day's totals. After each tree was counted, it was clear. The Elder lumberjack had won, and not just by a little. Hurly Burly, covered in sweat and exhausted, was dumbstruck. Almost in despair, Hurly Burly turned to the old man "How did you do it?" Shaking his sodden head, Hurly Burly breathed heavily. "I saw you taking all those breaks. But I kept working, tirelessly! I even skipped lunch to get more time chopping! But still.... I could not beat you..."

With mercy in his crinkled eyes, the elder smiled softly. "You are quite strong, Hurly Burly, and you will make a great lumberjack. During each of those breaks, I did something that you forgot to do all day." Hurly Burly wrinkled his brow. "What was that?" "I sharpened my axe."