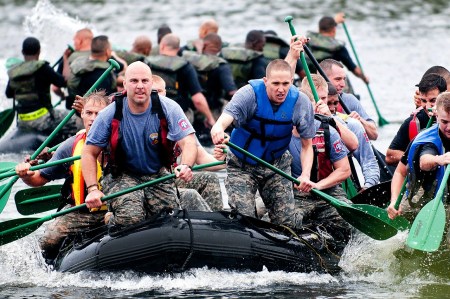 Encouraging Ownership in your Retro

Last week, I ran experiment on my team's retro. I used an Liberating Structure called Troika Consulting as the base format. I wanted to increase participation in the retro. And I wanted to encourage that feeling of engagement with the process. You can read up on the base format for Troika Consulting at Liberating Structures. What I describe below is the variation I performed. I've also included the feedback I received from the participant.

I ran this variant with a group of 5 (including myself). Since Troika Consulting calls for groups of three, my first variation was to have the 4 participants function as a single Troika Consulting group. Next I had each team member write down two things they saw this iteration. I had them focus on thing they wished could have been better. Once we'd collected the ideas and grouped them, we had 4 broad topics to cover. I lucked out, as each participant was able to 'represent' a topic. The first participant served as the 'client' for his Topic. He would explain what he'd seen and what he hoped for. I gave them about a minute to do so. The rest of the participants would function as the 'consultants'. During the first round they would only listen. Then I gave the consultants 2 mins to ask clarifying questions to the client. This was where I encountered the most difficulty. First, I had to be somewhat strict with these 'clarifying' questions. On several occasions, the consultants wanted to immediately jump in with solutions. After reminding the group the second time, they calmed down a touch and self-moderated. The other difficulty I encountered was when a 'client' couldn't represent their topic. One such topic was widely reported. But the one who chose to represent the topic had limited exposure. I chose to break down the client-consultant barrier for that round. The team could answer where they knew and ask everyone the clarifying questions. It threw off my timing, but it was worth it to keep the conversation moving.

After the consultants had asked their questions, I asked the client to move to a different part of the room. I further asked them to watch, and record as the consultants discussed and brainstormed. Here I allowed for 2 minutes of discussion. Though I left room for the last speaker to complete their thought before moving on. During this time I charged the client to record the best ideas they heard. Once the brainstorming round was complete, I had the client read the ideas they selected aloud.

After the last Troika Consulting cycle, we reviewed each of the recorded points. No Retro would be complete without Action Item. So I lead the group through their remarks from our idea phase. Then I rehashed the associated actions the clients had recorded. Once we had refreshed our memories, I encouraged the group to take ownership of the action items. The clients jumped at the chance to champion their cause. They'd developed a vested interest in their topics.

Once the action items had landed, I asked the team for feedback. Unanimously, they enjoyed the format. Two team members independently mentioned feeling they were more engaged because of the format. Best of all, the team lead called out how she'd seen the team taking ownership of the issues. She even expressed her confidence in the results which came from our new format.

As a result, I'd call that retro a success. Using a variation on Troika Consulting, I was able to better engaged the team. Moreover I was able to encourage the necessary ownership behavior of our process. Everyone served as both consultant and Client, everyone could both give their best and receive the best from their team. I hope the results of this experiment encourage you to try other formats for your retro. If you're looking for some ideas, try Liberating Structures!