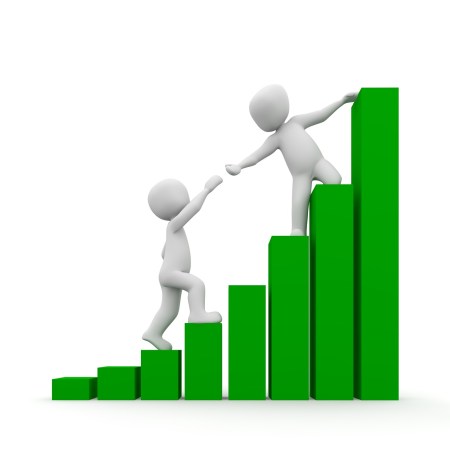 Setting others up to succeed

You don't need rank, or title to set others up to succeed. All you need to do is recognize an opportunity and ask the right questions. I've gotten work closely with a brilliant mentor. He excels in testing and knows how to teach to boot! But he wasn't thriving at our client. He'd expressed frustration with his client reviews in the past. He couldn't find the right place to help the client teams learn and value his experience.

Then about a two months ago, our team split in two. My mentor and I were grouped with three brand new team members, and I saw an opportunity. Since our team members were new, the team was in the forming/storming stage. It was an easy time to move towards good principles. So I asked if we could add unit testing as a standard task for estimation. I suggested that we needed UI level unit tests, because our React UI had grown large and complex. Having unit tests would increase the confidence of our newer team members. The team agreed, and so we began to check for unit tests with our code reviews.

It is worth noting that, at the time, I hadn't planned this to be a step towards encouraging my team to learn from my mentor. Nor had I planned that it would produce an opportunity for my mentor to engage and begin to love his work again. I only sought an incremental improvement. Increasing the Scrutiny on and the testing of our code was a way to do that.

As the team adjusted to doing unit tests, I used many the code reviews to spread knowledge. I would recommended that a team member should speak with my mentor, because of his skill in the area of testing. Or I would spend some time sharing what my mentor had taught me. As a result, He and I both spend time teaching our new team members. We dind't just teach them the what, but spend time teaching them how to unit test with both ease and efficacy. After a while, the new team members would seek out my mentor's help on their own!

This week, I realized how deep a change I had wrought. One of our Junior team members mention that unit testing had caught a bug before it went to QA. He praised the practice,unprompted, during our daily stand-up. Until then, I had no idea how profound a change I had triggered. I hadn't forced it. I had not even set out with that end in mind. Nor had I any plans for the particular path we took. I knew I wanted our team to improve. I knew I wanted to help my mentor enjoy his work again. And I knew my mentor was a bastion for the practice. So I started by encouraging the team.

I helped guide the them into fruitful territory to help solve both problems. I never had to mandate anything, nor could I have. I did not ever wield authority. I only suggested improvements. And I referred them to a wiser man than myself. I have mentioned influence in previous posts. I think this is an example of what it looks like. I want to encourage the reader in their good work. You can improve the world around you, if you can pick a small next step, and build on it.